Anguilla History is Full of Both Charm and Intrigue

The island of Anguilla (Ann-GWIL-A) is in the British West Indies, in the Eastern Caribbean, about six (6) miles from St. Martin. (See maps of the Caribbean and Anguilla). It is the most northeastern of the Leeward Islands, 18N, 63W. The name Anguilla derives from the Spanish word for “eel”, probably chosen because of the island’s eel-like shape.

“Anguilla was first settled by Indigenous tribes who migrated from South America. The earliest Native American artifacts found on Anguilla have been dated to around 1300 bc; remains of settlements date from ad 600. The Arawak name for the island seems to have been Malliouhana. The date of European colonisation is uncertain: some sources claim that Columbus sighted the island during his second voyage in 1493, while others state that the island was first discovered by the French explorer René Goulaine de Laudonnière in 1564. 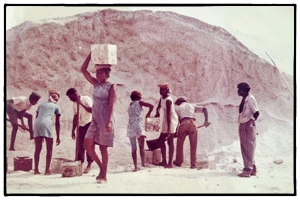 Traditional accounts state that Anguilla was first colonised by English settlers from Saint Kitts beginning in 1650. In this early colonial period, however, Anguilla sometimes served as a place of refuge and recent scholarship focused on Anguilla has placed greater significance on other Europeans and creoles migrating from St. Christopher, Barbados, Nevis and Antigua. The French temporarily took over the island in 1666 but returned it to English control under the terms of the Treaty of Breda the next year. A Major John Scott who visited in September, 1667, wrote of leaving the island “in good condition” and noted that in July, 1668, “200 or 300 people fled thither in time of war.”

It is likely that some of these early Europeans brought enslaved Africans with them. Historians confirm that African slaves lived in the region in the early 17th century. For example, Africans from Senegal lived in St. Christopher in 1626. By 1672 a slave depot existed on the island of Nevis, serving the Leeward Islands. While the time of African arrival in Anguilla is difficult to place precisely, archival evidence indicates a substantial African presence of at least 100 slaves by 1683. These seem to have come from Central Africa as well as West Africa.

Attempts by the French to capture the island during the War of Austrian Succession (1745) and the Napoleonic Wars (1796) ended in failure.

During the early colonial period, Anguilla was administered by the British through Antigua; in 1825, it was placed under the administrative control of nearby Saint Kitts. In 1967, Britain granted Saint Kitts and Nevis full internal autonomy. Anguilla was also incorporated into the new unified dependency, named Saint Christopher-Nevis-Anguilla, against the wishes of many Anguillians. This led to two Anguillian Revolutions in 1967 and 1969 headed by Atlin Harrigan and Ronald Webster. The island briefly operated as the independent “Republic of Anguilla“. The goal of the revolution was not independence per se, but rather independence from Saint Kitts and Nevis and a return to being a British colony. British authority was fully restored in July 1971 and in 1980 Anguilla was finally allowed to secede from Saint Kitts and Nevis and become a separate British Crown colony (now a British overseas territory).” (from Wikipedia)

For more Anguilla History, see our blog: Anguilla Museums. Here you can find information on the Wallblake House and the Anguilla Heritage Museum.